The Peacenet is a realistic stealth hacking game built using the power of Unreal Engine 4.  The game is played through a virtual Linux-esque operating system called Peacegate OS.

As a player, your goal is to complete various missions as an undercover operative involving hacking, resource gathering, memory analysis and more using the varuoius in-game programs and tools, without blowing your cover.

As you progress through the game and complete more under-cover hack operations, you will gain Skill Points which can be used to unlock new System Upgrades, which can enable additional features for the Peacegate OS.

The Peacenet offers two distinct user experiences that can be changed by the player at any time and offer different unique play styles.

In Graphical mode, the game is played through an XFCE4-like desktop environment.  Each program runs in a window and each window can be freely moved around, resized, minimized, maximized, closed and re-ordered.

In this mode, the game is played through a full-screen Linux shell.  The player is unable to use any of the graphical features of the Peacegate OS desktop environment, and all programs are text-based.  This mode adds a ton of extra challenge for pro players.

You have been recruited by the National Centre for Cyber Intelligence (NCCI) as an operative for a deep-cover mission.  Your mission is to enter The Peacenet, a digital, Linux-powered afterlife.

Peacenet is the home of millions of sentient AIs constructed from the digitized memories and personalities of previously-alive citizens from across the globe.

A piece of malware, currently codenamed "FIREHEART" by the Agency, is spreading throughout the underlying networks and systems that make up the structure of The Peacenet, manifesting as the insanity and loss of free will of affected citizens.

It is your job as a deep-cover operative to enter Peacenet in order to investigate and help eradicate the FIREHEART malware from within and find out who's responsible for it.

To begin your mission, start by downloading and launching the Peacegate OS specialized virtual environment on your home computer.

The Peacegate Operating System runs inside a specialized virtual machine built within the Unreal Engine which emulates the necessary hardware for interfacing with Peacenet on your host computer.

Simply download the correct virtual machine package for your host OS either through the itch.io desktop app or via the download section below and run the PeacegateOS binary.

It is recommended that you use the itch.io desktop app where possible to download and run the virtual machine software as updates will be managed automatically as we ship them.

idk how to run the man command can someone pls help me :(

Really late response - my bad. I haven't checked this page often because I've been busy trying to work on an actual gameplay demo to sort issues like that, actually.  Point is I'm well aware that this itch page is severely outdated and the game itself isn't really playable. We're working on it :

It's not really an issue of lack of exposure or anything right now.  It's more the fact that I just don't have as much time to devote to the game's development as I'm currently in Grade 12 and trying hard not to fail a semester.

I am however working on Project: Icarus, a new codebase for this game and that's going well.  I'm taking my time with it, but I've already gotten the command shell ported over and a lot of bugs fixed.  Currently working on the underlying network simulation so I can implement the hacking mechanic next.  After that, I'll be working on the desktop UI. :) 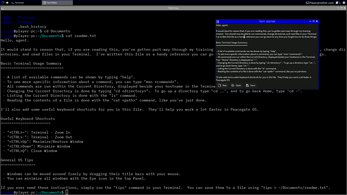 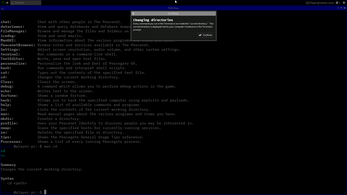 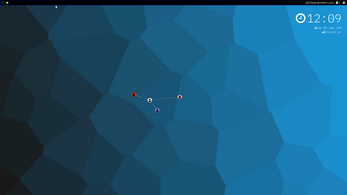 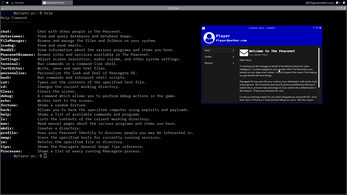 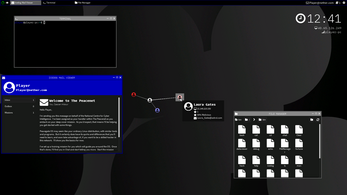 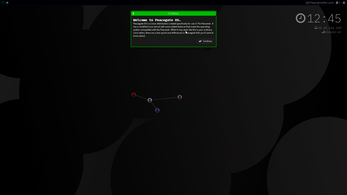